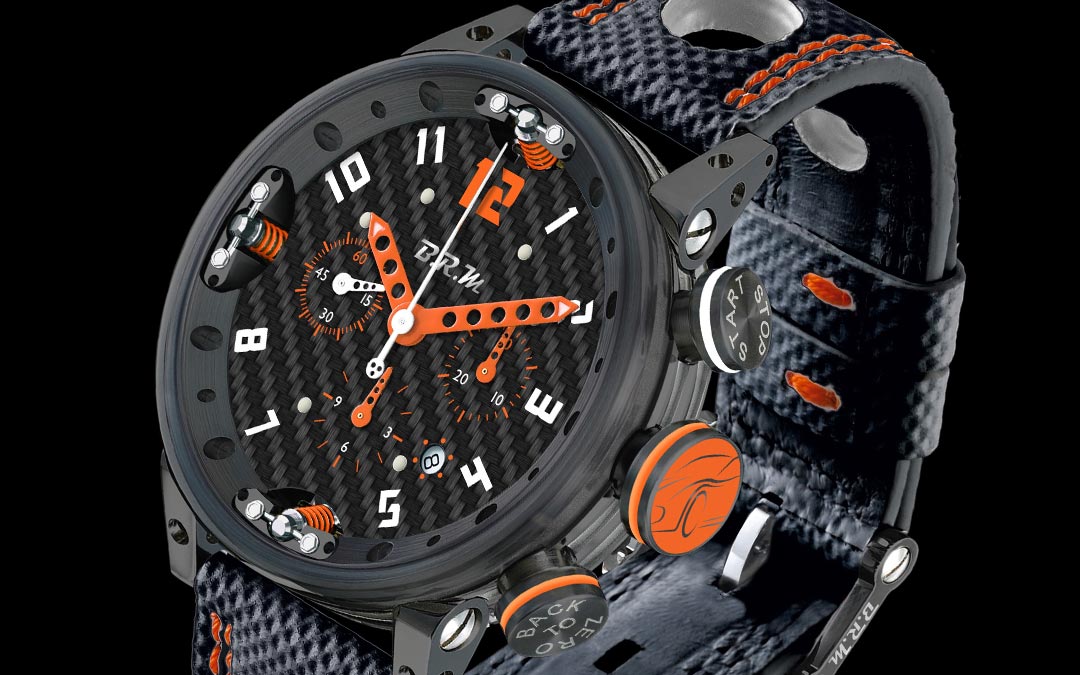 LOS ANGELES, CA – February 9, 2021 – Non-profit Drive Toward a Cure and global watch maker BRM Chronographes have joined together for the second time – and now move forward jointly with an all-new timepiece that makes a difference. Only 21 limited editions of Model V1246SADTC will be exclusively handcrafted and numbered in France, with 20% of the purchase price benefitting Parkinson’s Disease via Drive Toward a Cure, providing a tax receipt issued to each individual buyer. 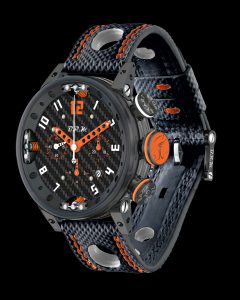 Non-profit Drive Toward a Cure and global watchmaker BRM Chronographes have teamed to raise funds and awareness for Parkinson’s Disease – 21 limited editions of Model V1246SAA0 will be exclusively handcrafted and numbered in France, with 20% of the purchase price benefitting Parkinson’s via Drive Toward a Cure. 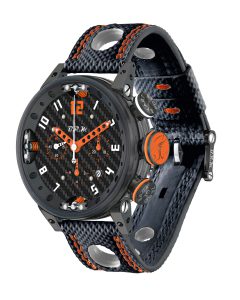 BRM’s ‘Drive Toward a Cure’ limited edition automatic timepiece has a 46mm titanium case, carbon fiber dial, six active shock absorbers, crystal sapphire front and back, screw down crown – within a special box with engraved plaque. 20% of purchase price will benefit Parkinson’s disease via non-profit Drive Toward a Cure. 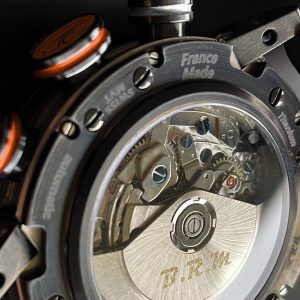 Globally renowned BRM Chronographs has created the Drive Toward a Cure limited edition automatic chronograph to benefit Parkinson’s Disease. Only 21 exclusive timepieces will be handcrafted and numbered in France – each with a 46mm titanium case, carbon fiber dial, six active shock absorbers, crystal sapphire front and back and screw down crown – 20 percent of each purchase price will benefit Parkinson’s via Drive Toward a Cure – tax receipt issued to buyer.

The all-new BRM automatic chronograph has a 46mm titanium case – Carbon fiber dial – 6 active shock absorbers – crystal sapphire front and back – screw down crown – and provided in a special box with engraved plaque. BRM Chronographes timepieces are known for the strength of their materials, like carbon fiber and titanium, and a time-honored legacy of handcrafted technology elevated within today’s automotive and horological industries.

According to Frederic Gasser, president of the Americas for BRM, following a wildly successful partnership on the One-of-One “Bullitt 50” Chronograph that raised $85k for Parkinson’s Disease, BRM was anxious to create a new limited edition once again. “Both Drive Toward a Cure and BRM appeal to those that enjoy cars and camaraderie on every level – and working together to help defeat Parkinson’s through our mutual audiences only enhances the awareness for the cause.”

Deb Pollack, founder of Drive Toward a Cure noted that assisting those challenged by Parkinson’s through programs such as its “Access to Care” fund, makes a huge difference, especially for patient care. “We’ve additionally aligned with the Parkinson’s Foundation to support numerous regional ‘Centers of Excellence’ throughout the country, with individual grants and ongoing fundraising efforts.”

Drive Toward a Cure has raised more than $500,000 since its inception in 2016 and with the help of donors and program participants, continues to move forward. Through local and national events, drives, track days, and virtual programs, a difference is being made – and partnerships such as those with BRM offer additional opportunities.

Gasser continued “BRM loves the artisanal aspect of his production. His chronographs “smell” like motor oil. His clients appreciate this authenticity.”

Everything in the shape of a BRM timepiece is reminiscent of racing cars: the leather straps; cases that echo wheel rims, nuts and bolts; dials that reflect dashboards, wheels, and race car numbers; hands that feature an open design like the spokes of steering wheels of yesteryear; and even the chronograph pushbuttons that resemble miniature pistons.

In this manner, BRM – and French watchmaking – is finding its nobility of yesteryear.

To be one of the few to own this exclusive timepiece, or to learn more about Drive Toward a Cure, please view: www.drivetowardacure.org/brm

Now celebrating more than a decade of mechanical leadership, BRM continues its unwavering dedication to quality over quantity and has gained global recognition with a presence in more than 20 countries and establishing partnerships with tracks, teams, drivers and motorsport icons including Abarth, Corvette Racing, Gulf, Martini Racing and many more.