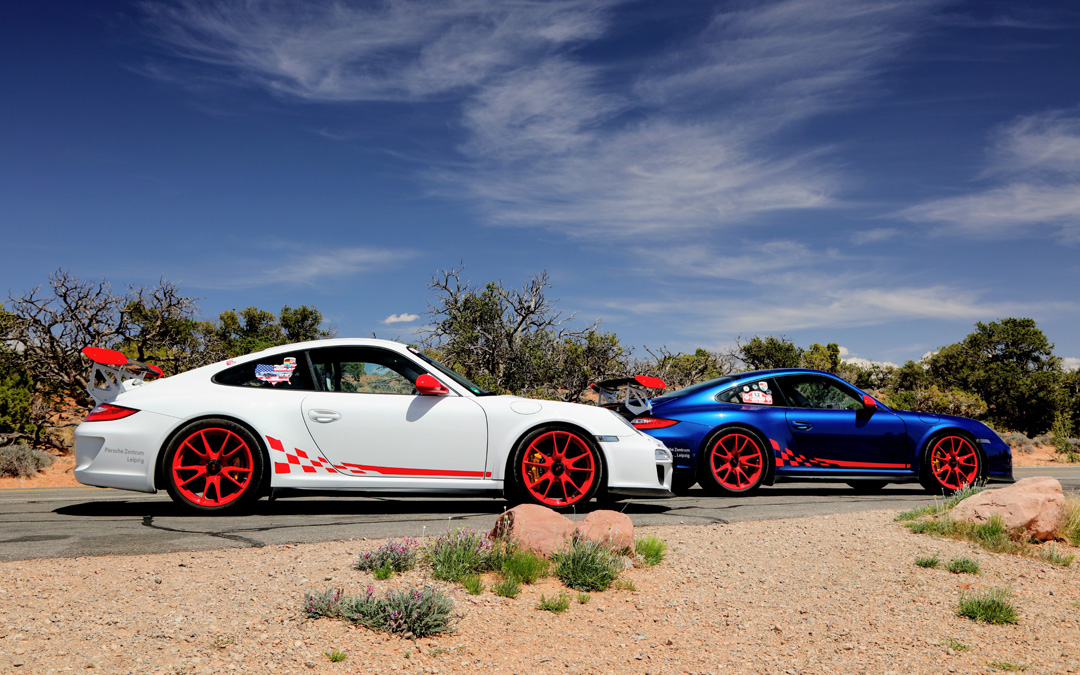 FONTANA, CA – October 19, 2021 – Porsche owners and dedicated Porsche enthusiasts, Christian and Ortrun Hartinger of Leipzig, Germany, have become a global household name within the Porsche community, thanks to the transcontinental, 15,000-mile epic road trip they created for their twin GT3RS Porsche vehicles. The duo will end their coast-to-coast driving marathon the weekend of October 30-31, 2021, at Auto Club Speedway in Fontana, Calif., bringing their two German-plated GT3 RS cars to the California Festival of Speed, and participate as drivers during Saturday’s ‘Fastest Hour on Track,’ to raise funds for non-profit Foundation Drive Toward a Cure, and to benefit Parkinson’s Disease. 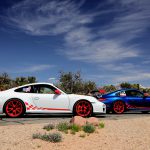 Legendary Twin 997 GT3 RS Porsches from Leipzig Germany will make final stop at California Festival of Speed, following epic 15K-mile road trip – twin duo to participate in charity laps for Drive Toward a Cure™ to support Parkinson’s Disease on Saturday, October 30th during the event’s ‘Fastest Hour’ from 5-6pm at the Auto Cross Speedway in Fontana, Calif. – sign up for passenger seat time at www.drivetowardacure.org/cfos 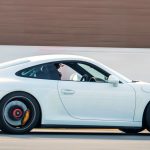 Sign up for passenger laps on track in the fastest road-going Porsches, to raise fund for Parkinson’s Disease and Drive Toward a Cure™, at the 20th annual California Festival of Speed – www.drivetowardacure.org/cfos 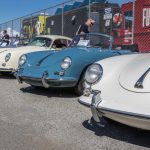 The annual California Festival of Speed, hosted by Porsche Club of America’s PCA-Zone 8, at Auto Club Speedway in Fontana, Calif, October 30-31 will showcase ALL Porsche street and track cars, including displays of vintage cars like the beloved Porsche 356 models. For more information and to reserve passenger laps in GT3/GT4 cars on track during the ‘Fastest Hour’ for charity Drive Toward a Cure™, view www.drivetowardacure.org/cfos 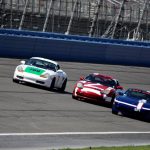 Porsche passion will be highlighted all weekend long during the October 30-31st, 2021, California Festival of Speed at Auto Club Speedway in Fontana, both on and off the track. Register and receive a tax-deductible receipt for passenger parade lap rides in GT3 and GT4 cars to support Parkinson’s and Drive Toward a Cure™ during the event’s “Fastest Hour” on Saturday at www.drivetowardacure.org/cfos

The California Festival of Speed celebrates two decades as a dream weekend for Porsche enthusiasts, club racers, owners, and vendors, with a festival setting that includes all things Porsche!  Hosted by the Porsche Club of America’s PCA-Zone 8 in the Southern California region, the festival has become an annual tradition that allows attendees to get close to incredible vehicles, watch races on track, experience educational/technology forums and this year, participate in passenger laps on track in the fastest road-going Porsches, to raise funds for Parkinson’s Disease.  Vehicles ranging from the “Twin” GT3RS cars to GT3s and GT4s will be available for passenger participation via donation to Drive Toward a Cure on Saturday October 30th from 5pm – 6pm at the track area of the festival.  Sign up at www.drivetowardacure.org/cfos.

According to Suesan Way Carter, event chair for California Festival of Speed, the program is always the highlight of the year for fans of the Porsche marque and this year, with the ability to bring out the fastest and most well-known models on track for consumers to enjoy, adds further excitement.  “There’s nothing more thrilling than a track experience in a Porsche,” said Carter.  “And when we can utilize that experience to raise funds for those that can’t share in that experience, it’s even more special.”

For 2021, the festival joined forces with national Foundation Drive Toward a Cure, a 501(c)3 organization that has supported research AND patient care for Parkinson’s Disease through the involvement of the entire automotive community – a culture of passion that includes both enthusiast and professional groups.  Since 2016, Drive Toward a Cure has hosted multi-day driving events, all-inclusive ‘Adventure’ rallies and ‘Getaway’ weekends that have inspired a grassroots movement with local ‘Drive Toward a Cure Day’ events run by regional enthusiasts nationwide and instilling the Foundation’s own mantra of Cars and Camaraderie™.

Join the folks at California Festival of Speed when they ‘Roar to a Cure’ for Parkinson’s Disease  with Drive Toward a Cure by securing your own passenger parade laps in some of the fastest Porsche non-race car vehicles – including GT3, GT3 RS and GT4 – registration and donations can be taken at  www.drivetowardacure.org/cfos.

A minimum tax-deductible $50 donation will secure your seat time.

About the GT3RS Twins

Dubbed the ‘GT3RS Twin Tour,’ the Hartingers and their cars found additional fame this past year as both cars together achieved dual first place wins in the GT3/GT2 class at the Amelia Island WERKS reunion, the highest honor bestowed by the Porsche Club of America in celebration of the Porsche marque and the contagious enthusiasm of Porsche owners and fans. The vehicles have been on tour in an epic USA road trip since arriving in Miami on February 21, 2020, driving great roads, and visiting local/regional PCA chapters.

Options, as noted by its owner Christian Hartinger, “Club sport package – no PDK, no air suspension, no full leather, no panoramic glass room, no electric power – only emotion, driving pleasure and Porsche Grins!”

About California Festival of Speed

For more information on the California Festival of Speed, please visit www.calfestival.org/event-details  or on social media at: