It’s Not Just A Drive, It’s A Movement 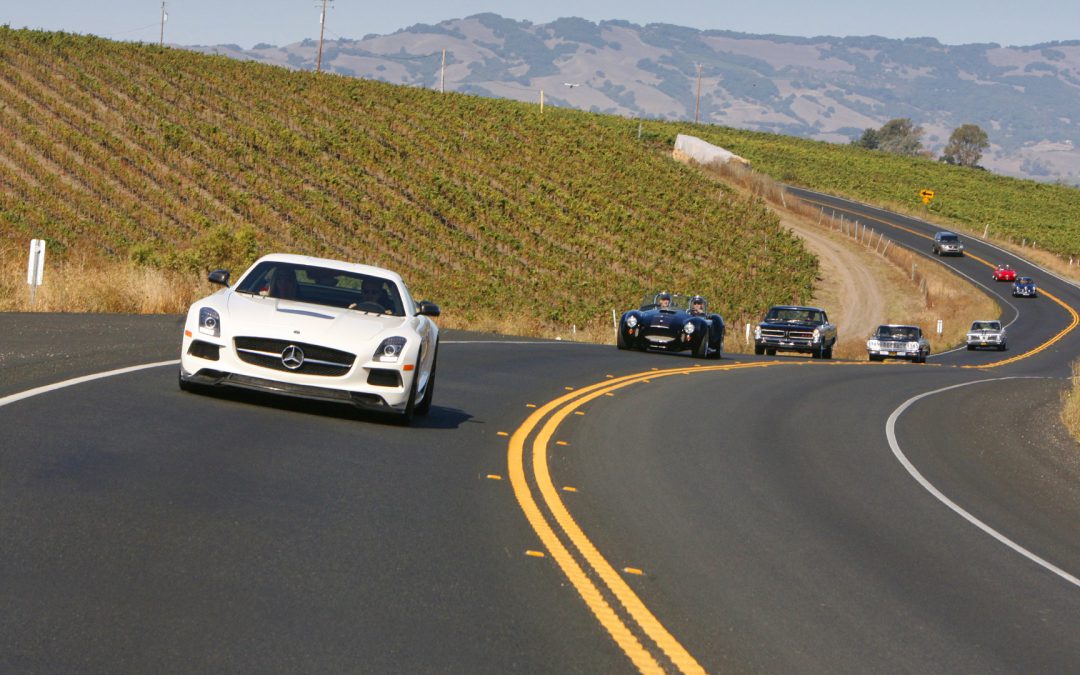 DRIVE TOWARD A CURE – IT’S NOT JUST A DRIVE, IT’S A MOVEMENT

LOS ANGELES – – November 14, 2017 – – The newest event within the automotive field has emerged this week, as registration opens for Drive Toward a Cure, a not-for-profit rally alternative teaming cars and camaraderie for a weekend of driving pleasure while raising funds to support the challenges of Parkinson’s Disease. The April 28-30, 2017 weekend event combines two simultaneous spirited drives along portions of the most scenic and challenging driving roads in California, while gaining unparalleled viewing access to some of the world’s most prized car collections — all leading into a weekend of luxury receptions, wine tasting and friendly driving competition within the Paso Robles wine region.

Two globally renowned automotive museums – – the Blackhawk Museum in Danville, Calif., and the Petersen Museum in Los Angeles – – will be the starting points for what is set to become a new movement in philanthropic activities.   Additional private car collections will be exclusively opened to participants for viewing, while the overall rally event will be an interactive adventure for driver and navigator, who together will follow a thoughtfully planned route through beautiful California backroads and byways as well as have the chance to take part in the organization’s signature ‘special stage’ driving tests, providing an opportunity to have fun and a bit of competition within a controlled, safe environment.

According to Deb Pollack, founder of Drive Toward a Cure and publicist for luxury boutique brand and restoration shop Singer Vehicle Design, the notion of weekend drives is nothing new.   However, her ambition to elevate the cause through a dynamic driving experience that encourages participation for all levels of car enthusiasts is an opportunity to broaden Parkinson’s awareness to those that participate within the car world through their lifestyle choices – as well as  opening doors throughout the entire automotive industry.

“This isn’t about a one-time event,” said Pollack.  “We have an ability to start a movement which has been ripe to stand behind a cause that has challenged so many, including automotive legends whose personal careers have enhanced the world’s passion for cars – – American racing legends like Phil Hill, Sam Posey and David Love – – all of whom have faced the challenge of Parkinson’s.”

Pollack, who lost her own mother to the disease in 2006, has played a significant role in raising funds and broadening the awareness of Parkinson’s within the automotive community for the better part of the past decade through her participation with the northern California-based Danville d’Elegance Foundation – – also benefitting Parkinson’s research and patient care.  She originated the organization’s successful one-day Tour d’Elegance and Thrill Ride drive through the Napa region for the past six years, and remains as co-chair for the annual September charitable event.

“We’re looking to expand community involvement in support of Parkinson’s throughout our entire automotive family – – and that includes everyone from car aficionados and collectors to motorcyclists and ‘Sunday drivers,'” said Pollack. “Nearly everyone you meet unfortunately seems to have a tie to this debilitating disease.  We can only hope that one small movement can touch others – – and together we can drive toward a cure.”

Registration for the April event is open at www.drivetowardacure.org , with plans for additional fundraising drive programs to be scheduled in the United States and Europe later during 2017.  Donations can be made online as well as sponsorship opportunities.  All donations of $500 or more gain recognition as “Friend of Drive Toward a Cure” with each donor’s name/logo/URL remaining on the website for one year.

The Drive Toward a Cure program pursues an alternative to the numerous ‘for profit’ rally driving programs through the creation of events that team cars and camaraderie to raise funds in support of the challenges of Parkinson’s Disease while benefiting research and patient care.  The premiere California Adventure has been carefully designed to provide a premium experience while raising much-needed funds to continue the search for a cure for Parkinson’s Disease, while also supporting patient care. Our beneficiaries are The Michael J. Fox Foundation and the Parkinson’s Institute and Clinical Center.  For donations, sponsorships and event registration, please visit www.drivetowardacure.org

Parkinson’s disease (PD) is a chronic and progressive movement disorder, meaning that symptoms continue and worsen over time. Nearly one million people in the US are living with Parkinson’s disease. The cause is unknown, and although there is presently no cure, there are treatment options such as medication and surgery to manage its symptoms.

About the Michael J. Fox Foundation:

The Michael J. Fox Foundation is dedicated to accelerating a cure for Parkinson’s Disease and improved therapies for those living with the condition today. The Foundation pursues its goals through an aggressively funded, highly targeted research program coupled with active global engagement of scientists, Parkinson’s patients, business leaders, clinical trial participants, donors and volunteers.

In addition to funding more than $450 million in research to date, the Foundation has fundamentally altered the trajectory of progress toward a cure.

Operating at the hub of worldwide Parkinson’s research, the Foundation forges groundbreaking collaborations with industry leaders, academic scientists and government research funders; increases the flow of participants into Parkinson’s disease clinical trials with its online tool, Fox Trial Finder; promotes Parkinson’s awareness through high-profile advocacy, events and outreach; and coordinates the grassroots involvement of thousands of Team Fox members around the world. For more information, visit The Michael J. Fox Foundation at www.michaeljfox.org.

About Parkinson’s Institute and Clinical Center

The mission of The Parkinson’s Institute (The PI) is to provide comprehensive patient care, while discovering new treatment options to improve the quality of life for all Parkinson’s disease (PD) patients. As America’s only independent non-profit organization combining research and patient care for PD under one roof, we are committed to changing the landscape of movement disorder treatment and research. Since its founding, The PI has helped thousands of PD patients better manage their disease, developed new treatments for PD, and published groundbreaking research aimed to close the gap between science and practical care. By focusing on all three avenues of PD – cause, care and cure – The PI is a powerful force in PD research. Learn more about The Parkinson’s Institute and Clinical Center at www.thepi.org.