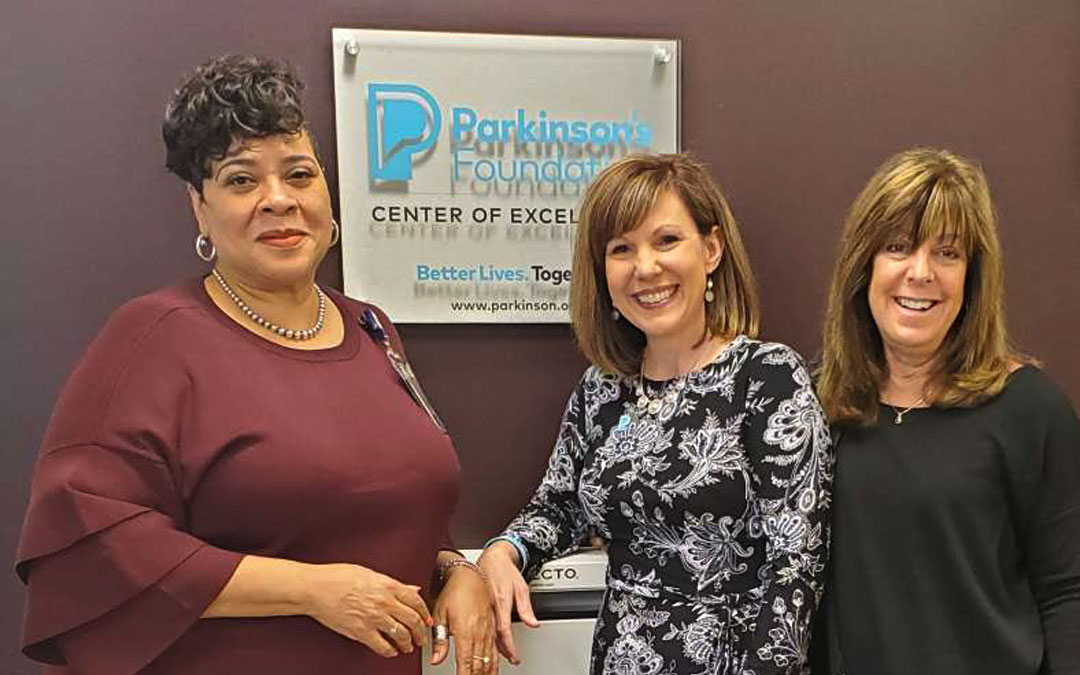 LOS ANGELES, October 15, 2019 – When non-profit Drive Toward a Cure began its mission to support Parkinson’s disease research and patient care in 2016, the small organization had big hopes in touching individual lives affected by the challenging disease. After raising more than $300,000 over the past three years, through road rally programs, alignments with car clubs and organizations nationwide, and becoming last year’s ‘charity of choice’ for the world-renowned Grand National Roadster Show, the organization is extending its giving efforts to explicitly offer funds for patient care by forming a pilot program with the Parkinson’s Foundation geared toward six regional ‘Centers of Excellence’ throughout the United States.

According to Deb Pollack, founder of Drive Toward a Cure, who lost her mother to the challenges of the disease in 2006, her personal mission has always been to find a significant way to support those also in need of patient care. “While Drive Toward a Cure continues to fund ever-important research programs, I know first-hand how difficult daily challenges can be for people living with Parkinson’s and if, even in a small way, we can make the lives of those affected just a bit easier, we’re moving in the right direction.”

Immediately after the devastating California fires in 2018, Drive Toward a Cure created the ‘California Wildfire Grant Fund,’ through which California residents with Parkinson’s Disease that had suffered loss or hardship could apply for assistance. Funds were dispersed to applicants in late January earlier this year. 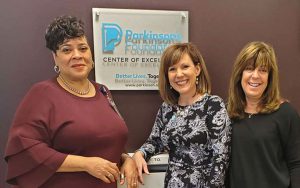 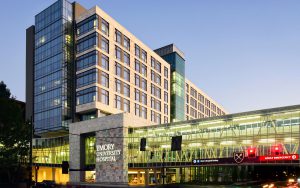 Pollack knows that Parkinson’s patients needn’t face external devastation to also be in need. “Not everyone has the financial ability to handle what might seem insignificant to others – simple transportation to doctor appointments, supplies like walkers or other provisions not always covered under insurance – these all make a difference to the many individuals that are on their own and seeking care. Our grants will help cover some of these needs, all the way down to providing parking tokens and bus or metro cards for those who need them.”

During the pilot program, six of the Parkinson’s Foundation’s regional ‘Centers of Excellence’ will be targeted, benefiting patients in and around New York, Boston, Texas, Atlanta, Northern/Southern California and the Northwest (Oregon), with an equal disbursement of funds directed by each Center of Excellence and offered under one gift agreement to the Parkinson’s Foundation. The directive set by Drive Toward a Cure is that the funds benefit patient care to be certain all funding results in the most immediate impact.

“We are grateful for the generosity of Drive Toward a Cure for providing patient assistance through our Center of Excellence network,” said John L. Lehr, President and Chief Executive Officer of the Parkinson’s Foundation. “The Center of Excellence network provides expert care to more than 150,000 people with Parkinson’s disease and each center has a team of specialists who are up-to-date on the latest medications, therapies and research to provide the best Parkinson’s care.”

Separately, Drive Toward a Cure will also be launching a ‘Special Assistance Fund’ in early 2020, in which individuals can apply directly for personal grants that can financially aid and support extenuating circumstances for a Parkinson’s patient. To make a tax-deductible donation, or learn more, see www.drivetowardacure.org.

Drive Toward a Cure raises funds and awareness for Parkinson’s Disease research and patient care. Inspired by the camaraderie found within the automotive culture, the organization’s mission benefits equally from both enthusiast communities and industry professionals. Drive Toward a Cure events harness enthusiasm for cars and driving and turn that power into support for ongoing work to improve the lives of those living with Parkinson’s, as well as the research that will hopefully one day lead to a cure. Drive Toward a Cure is a 501(c)(3) non-profit supporting beneficiaries including The Michael J. Fox Foundation, The Parkinson’s Institute and Clinical Center and the Parkinson’s Foundation. For donations, sponsorship and event registration, please visit www.drivetowardacure.org.

Since its inception, Drive Toward a Cure has raised more than $300,000 including contributions which provide financial assistance for both research and patient programs.

About the Parkinson’s Foundation

The Parkinson’s Foundation makes life better for people with Parkinson’s disease by improving care and advancing research toward a cure. In everything we do, we build on the energy, experience and passion of our global Parkinson’s community. For more information, visit www.parkinson.org or call (800) 4PD-INFO (473-4636).