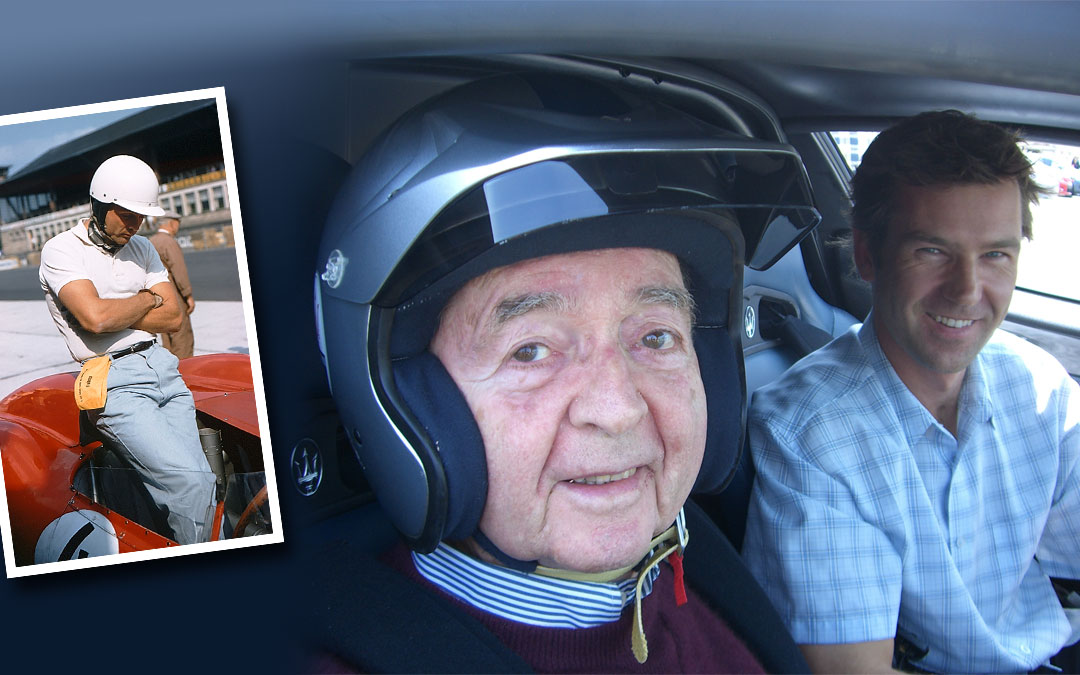 LOS ANGELES – October 22, 2020 – Within its own mission to support those challenged by Parkinson’s Disease through research and patient care, non-profit Drive Toward a Cure is proud to announce that a generous group of anonymous donors have teamed together to provide a matching fund of $50,000 to honor legendary gentleman driver and America’s first Formula One Champion Phil Hill, who too was challenged by Parkinson’s.  Beginning November 1st, and continuing through year-end, the 2020 Phil Hill Challenge Match will provide a dollar-for-dollar match up to a total of $50,000 for all gifts contributed to Drive Toward a Cure before December 31st and will be utilized to support patient care needs for those with Parkinson’s Disease. 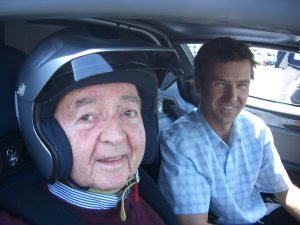 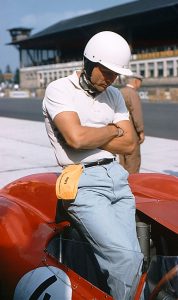 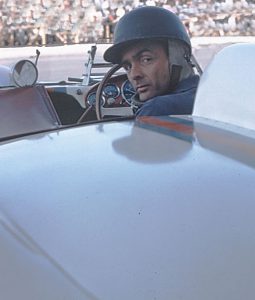 According to Drive Toward a Cure Founder and longtime automotive executive Deb Pollack, a personal tie with Hill during his final years, coupled with her own personal family involvement with Parkinson’s, brought motivation when creating her organization and has since included the mantra of ‘Cars and Camaraderie,’ further aligning a broader audience to promote awareness and fundraising for Parkinson’s Disease.  Hill was a longtime supporter of the cause and remains an inspiration long after his death at the age of 81 in 2008.

In Hill’s final years, Pollack was working with the PR Team at Maserati North America and together with colleague Jeffrey Ehoodin, orchestrated a final track day for Hill, with the Western Automotive Journalists in Northern California to celebrate Hill’s 80th birthday.  As the marque that provided Hill the seat to his very first Formula One race — a Maserati 250F during the 1958 French Grand Prix in Reims — members of the brand considered Maserati to be the bookends of his racing career, with a last track experience at Laguna Seca in a Maserati MC12 driven by Hill’s son, Derek Hill.  Derek and Maserati later returned to the track, offering passenger hot laps in the same MC12 to raise money for Parkinson’s in Phil Hill’s name.

“Several other renowned racers including David Love and Sam Posey have also faced the challenges of Parkinson’s Disease,” said Pollack.  “Heroes like Phil Hill are an inspiration to many, and our organization seeks to take advantage of the emotional bonds we share with car enthusiasts to elevate the funding we can provide to those with similar disadvantages.”

Since 2016, Drive Toward a Cure has opened doors within both the professional and personal side of the automotive industry.  Pollack noted that through driving experiences, grassroots events and virtual programs, the non-profit has raised nearly $500,000 and recently established its own ‘Access to Care’ program supporting regional Centers of Excellence for the Parkinson’s Foundation.  This year alone, Drive Toward a Cure has supported Centers in Boston, New York, Atlanta, Texas, San Diego and Portland.