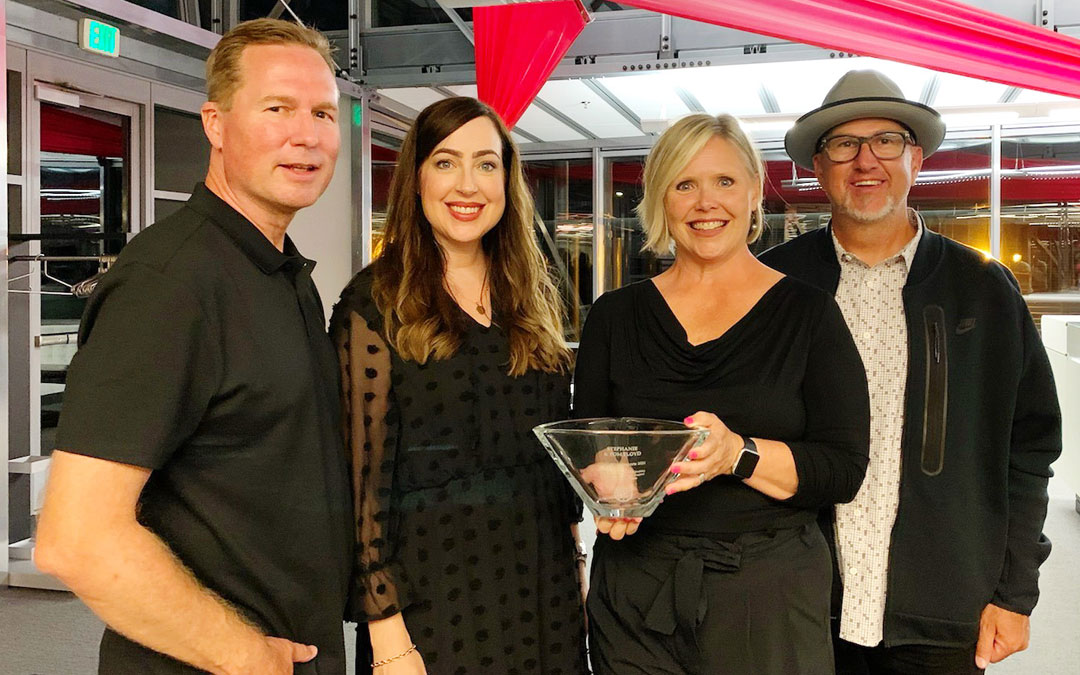 PORTLAND, OR – November 2, 2021 – When Taste of Motorsports, the Pacific Northwest-headquartered premiere automotive lifestyle event decided to expand its presence for 2021, the program also grew its heart – adding an alignment with nonprofit Foundation Drive Toward a Cure and together raising more than $30,000 for Parkinson’s disease. 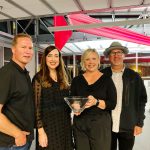 Derek Torry, Board member for non-profit Foundation Drive Toward a Cure and his wife Kellene (left) express the organization’s gratitude to Stephanie and Tom Floyd (right) organizers for Taste of Motorsports – the northwest premiere automotive luxury lifestyle event – after raising more than $30k to support Parkinson’s Disease and benefit the Foundation’s ‘Access to Care’ fund that is distributed to regional Centers of Excellence for the Parkinson’s Foundation in support of patient care. 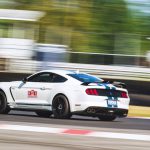 Taste of Motorsports hosts a series of lifestyle events that include on-track and driving experiences, as well as fundraising endeavors to support Drive Toward a Cure and Parkinson’s Disease. 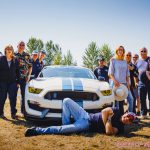 The team from Taste of Motorsports enthusiastically handles all logistics and programming for charitable driving endeavors before each of the regional Northwest premiere automotive lifestyle events – for more info view www.tasteofmotorsports.com.

By turning the Taste of Motorsports brand into a trio of annual events now held in Portland, Arizona and Sonoma, the charity component opened new channels and an expanded audience for both organizations.

According to Tom Floyd — head of Taste of Motorsports — turning a successful three-year run of pleasurable events catering to luxury, exotic and sports car enthusiasts into one that can help others in need underlines an increasing passion to do more.  “We share a commonality with Drive Toward a Cure’s mantra of ‘Cars and Camaraderie’,” said Floyd. “And we’re thrilled to go one step further by encouraging attendees to enjoy additional events that provide 100 percent revenue directly to the charity. And in turn, within each host city, 100 percent of those funds are then provided to the local Parkinson’s Foundation Center of Excellence.”

In 2019, Drive Toward a Cure developed its own ‘Access to Care’ fund with a mission to provide financial assistance to regional Parkinson’s Foundation Centers of Excellence, specifically to fulfill patient care needs.  “Having lost my own mother to Parkinson’s nearly 15 years ago, I know first-hand the many challenges patients face and the support that is needed,” said Deb Pollack, founder of Drive Toward a Cure. Pollack noted that in each of the three cities that coincided with 2021 Taste of Motorsports events, significant funds were contributed toward the creation of programs to benefit Parkinson’s patients and growing resources for patient care.

Substantial dollars accrued this year through the Taste of Motorsports programs provided enough funding for Drive Toward a Cure to launch regional patient care programs including:

Pollack continued to note that “providing funds for stronger grassroots approaches can include anything from bringing patients virtual nutritional education and exercise programs and expanded virtual opportunities if needed, to creating touchpoints of hope for a meaningful purpose.  “Most important, we are helping individuals and providing areas of ‘inclusivity’ and involvement.”

A third regional donation was provided to the University of California- San Francisco, (UCSF), Parkinson’s Disease Clinic and Research Center.

About Taste of Motorsports

Held annually since 2018 at the Portland International Raceway (PIR), Taste of Motorsports was conceived in 2016 as a premiere automotive lifestyle event by Tom Floyd, a native of San Diego, California now making his home in the beautiful Pacific Northwest.  Passionate about racing automobiles and design, Floyd is an entrepreneur and remains involved in several businesses including Elevation Lab, which makes accessories for Apple Products.

As Taste of Motorsports continues to elevate its place among noteworthy automotive events nationwide, presenting sponsor Vasek Polak Collection lends a celebration of Porsche racing heritage and credibility to the brand.  Longtime and globally renowned figures within the Porsche community, Vasek Polak and his daughter Maurie bring storytelling, memorabilia, and on-site involvement to each event.  Polak and Floyd have had a friendship for more than 30 years and complement each other’s joy of racing.

For 2022, Taste of Motorsports will again host three events at venues in Arizona, Oregon, and California.  For more information view www.tasteofmotorsports.com.