Announcing The Winners of The Annual 75 Days Of Summer 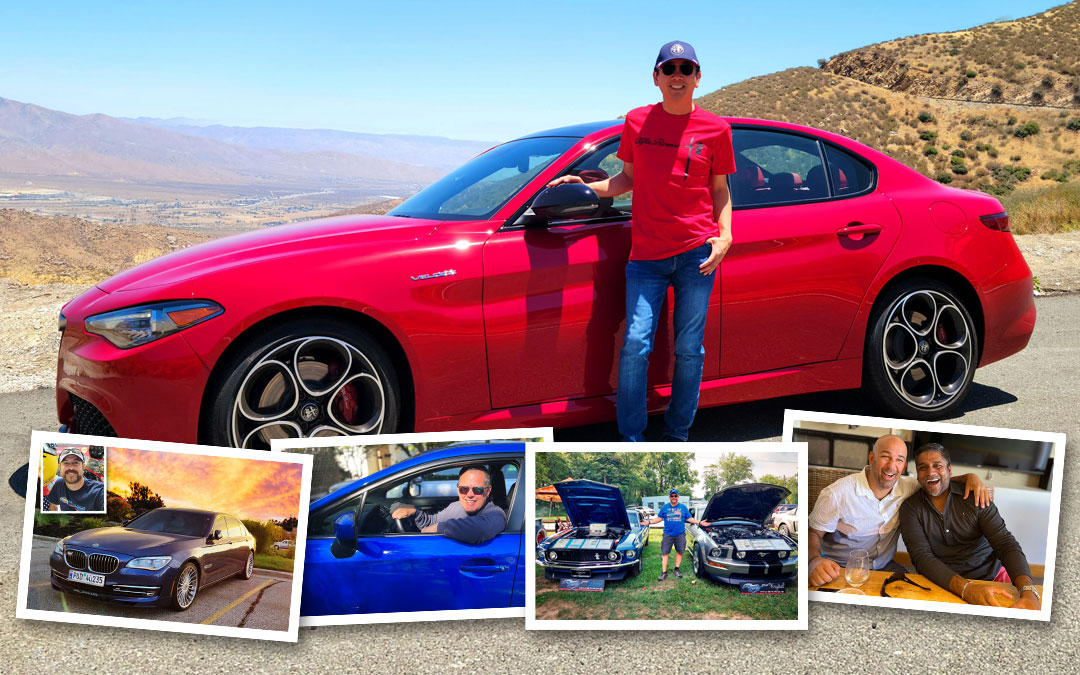 LOS ANGELES, CA – October 4, 2022 – Nearly 100 like-minded driving enthusiasts were on the roads throughout North America this past summer helping non-profit foundation Drive Toward a Cure create nationwide awareness for Parkinson’s Disease, while raising nearly $50,000 for Parkinson’s research AND patient care.  Together they logged nearly 40,000 miles during the program, running from the first day of Summer to Labor Day. 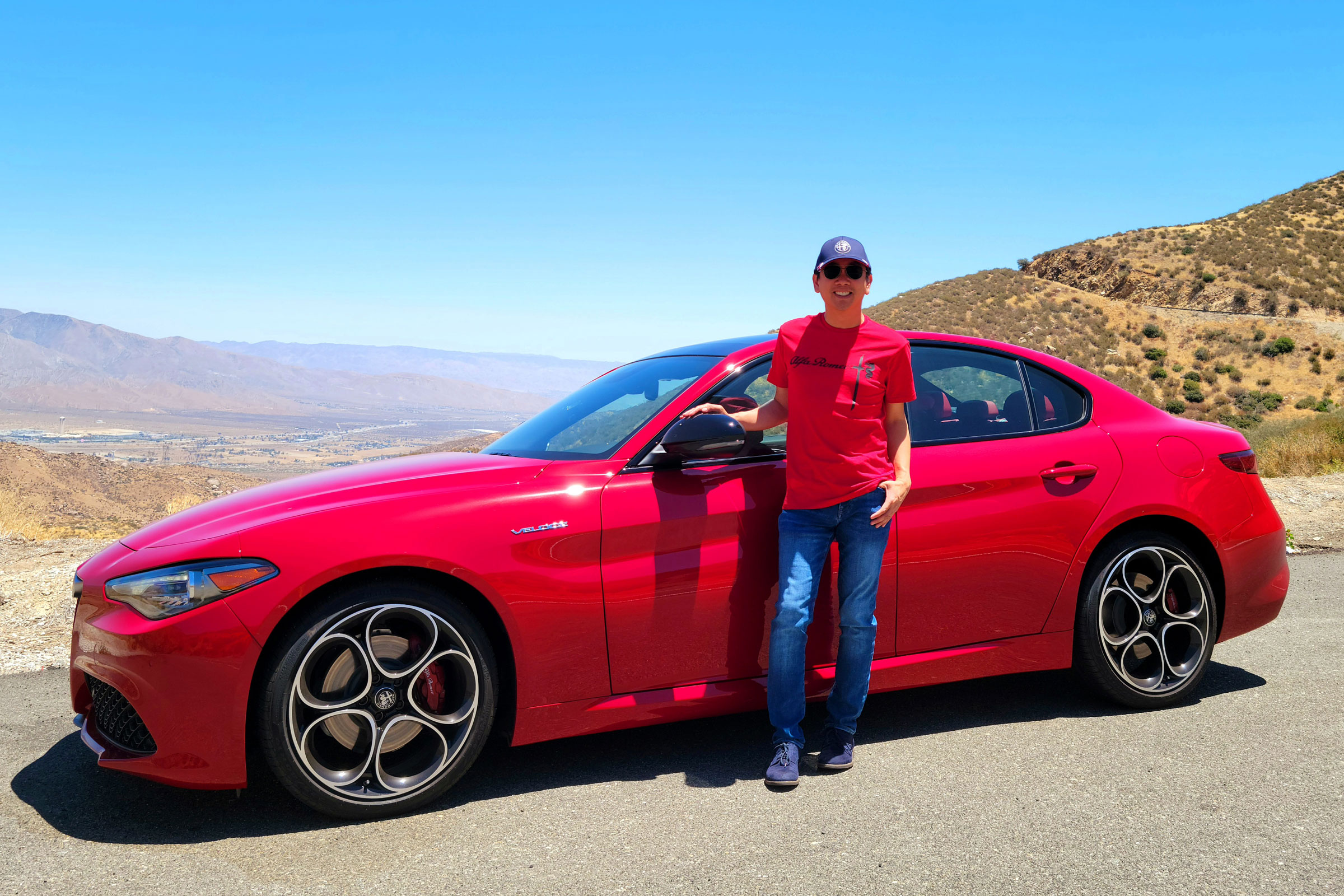 CLINTON QUAN of Encino, Calif., 1st PLACE/GRAND PRIZE WINNER in the Drive Toward a Cure® 75 Days of Summer annual fundraising/driving program fueled by Hagerty – will be receiving a set of Michelin North America tires PLUS a custom-built set of RSR Forged 20” Wheels having driven 7,500 miles collectively in his 2022 Alfa Romeo Giulia and Kia Optima. 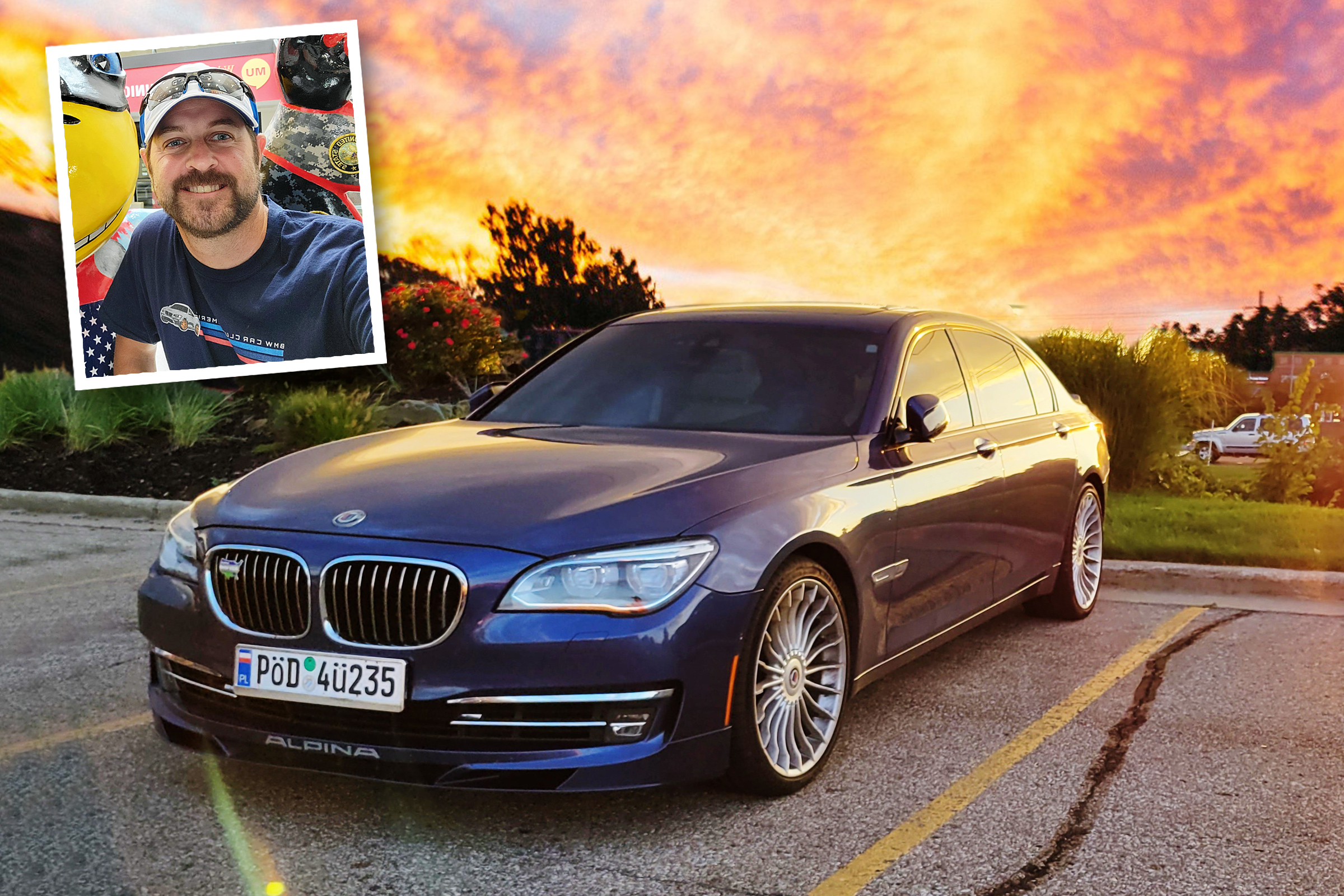 STEVEN PODGURSKI, from Holland, Mich., drove 5,959 miles in his 2013 Alpina B7, 2010 BMW 528i and on his 2009 Suzuki Boulevard earning 2nd PLACE in the Drive Toward a Cure® 75 Days of Summer annual fundraising/driving program fueled by Hagerty – he will be receiving a full day program at the BMW Performance Driving School in Thermal, Calif. 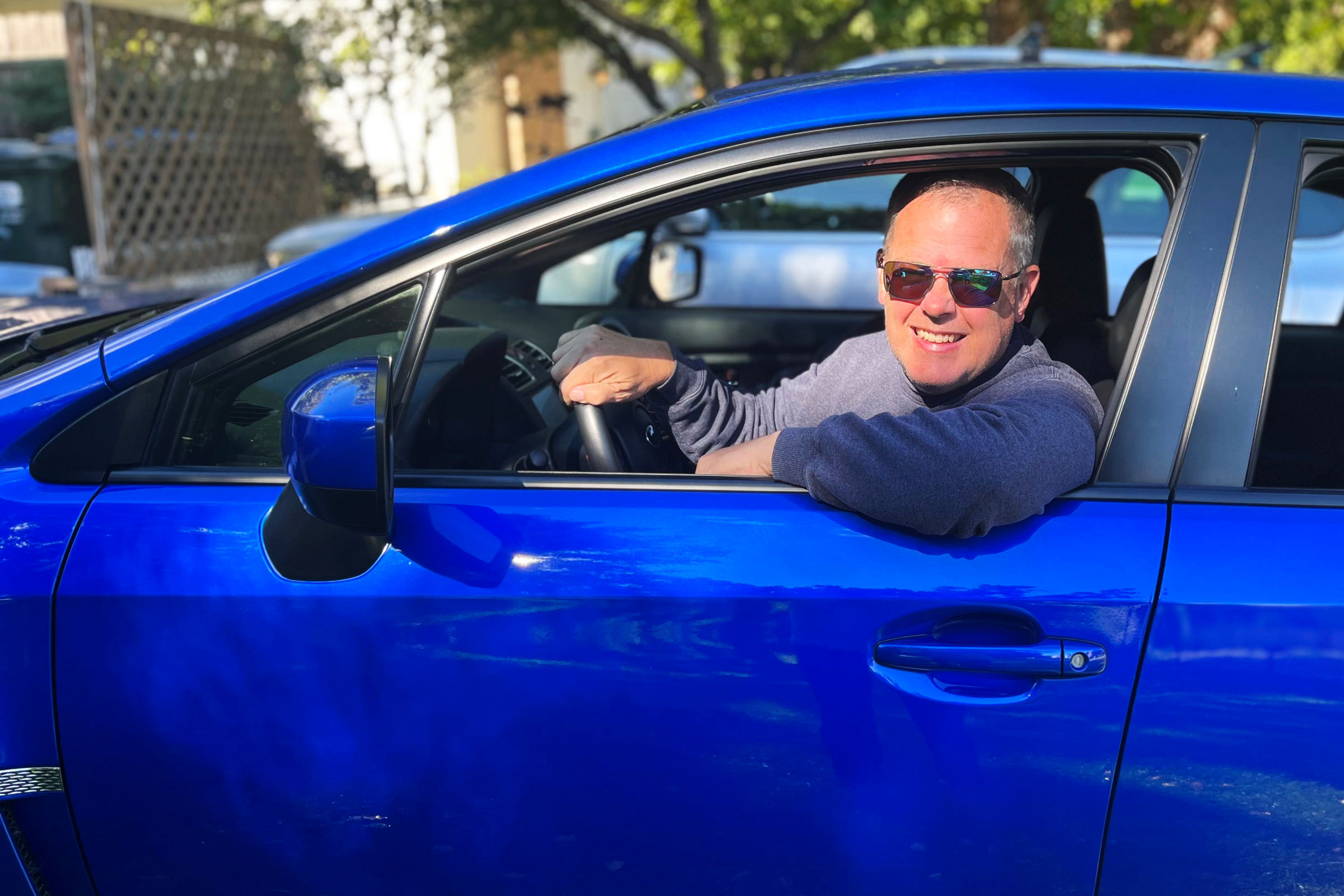 KEVIN MURRAY of Cary, Illinois will be sporting new racing shoes and apparel from GrandPrix Originals USA for his 3rd PLACE finish in the Drive Toward a Cure® 75 Days of Summer annual fundraising/driving program fueled by Hagerty – after driving 3,916 miles. 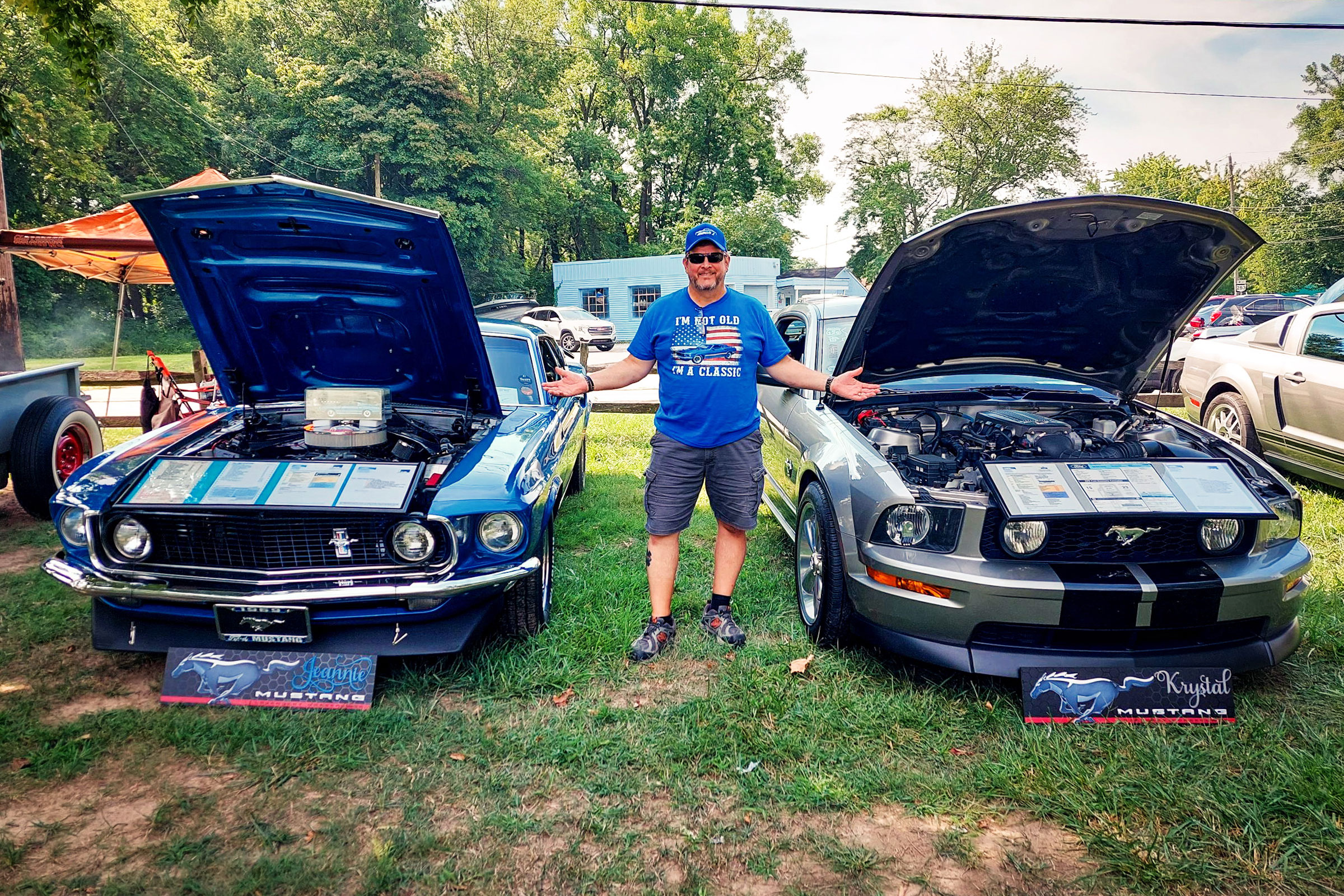 JOHN WARD of Mentor, Ohio will be receiving a 1-day racing school at the Skip Barber Racing School location of his choice for Outstanding Social Media Outreach while driving his ’69 Mustang Mach 1 and ’09 Mustang GT throughout the Drive Toward a Cure® 75 Days of Summer annual fundraising/driving program fueled by Hagerty. 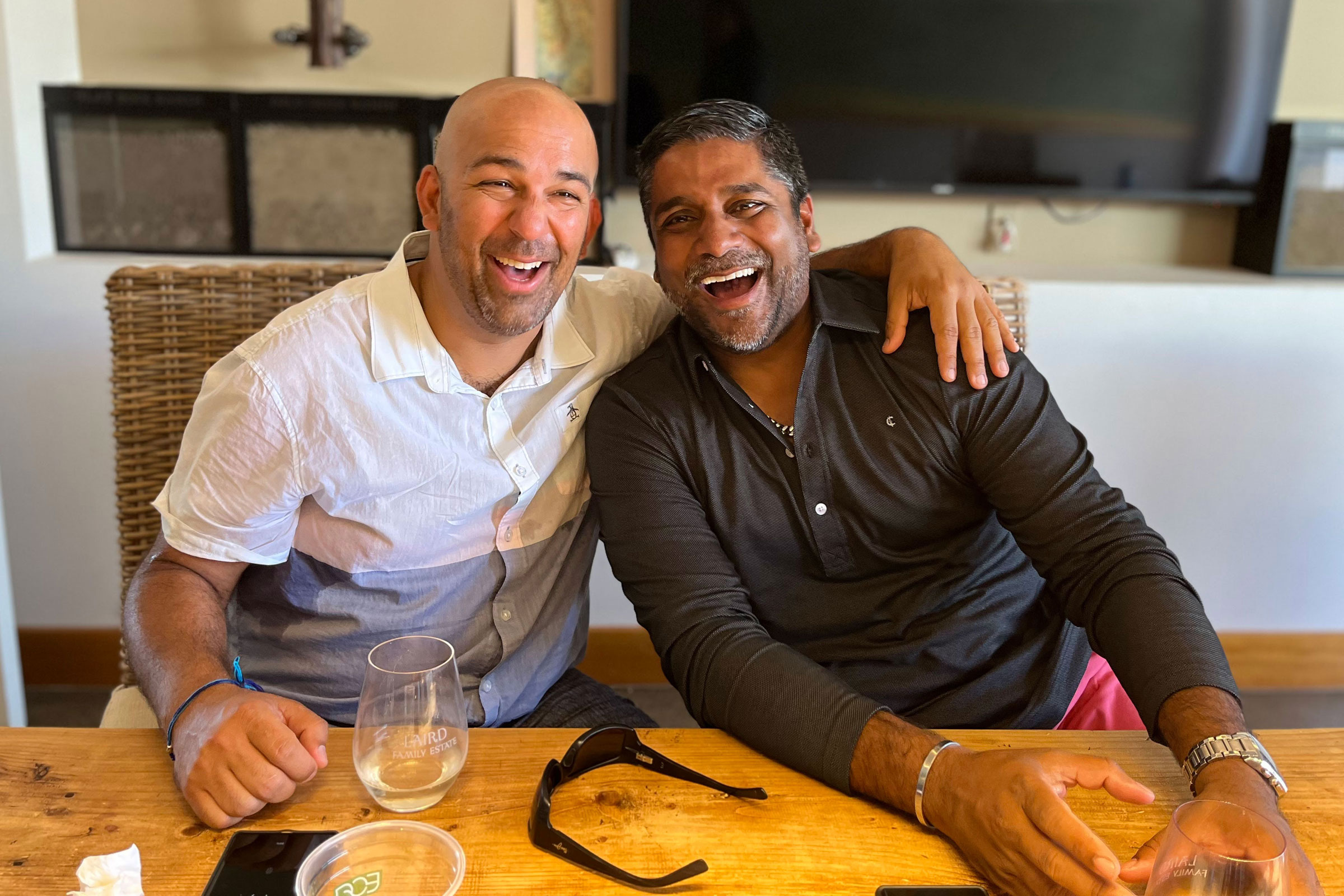 Congratulations to SUNIL JAMES (right), of San Carlos, Calif., for his Outstanding Fundraising efforts during the Drive Toward a Cure® 75 Days of Summer annual fundraising/driving program fueled by Hagerty – Sunil raised $3,525 supporting Parkinson’s Disease on behalf of his good friend Vikas Chinnan (left) who happens to be challenged by early-onset Parkinsons.

The annual 75 Days of Summer program was fueled by Hagerty and supported by Maserati USA with entrants vying to drive the most miles and raise the most funds to win weekly random drawing and grand prizes.  Top winners will be receiving prizes from Michelin, RSR Wheels, BMW Performance Driving School, Skip Barber Racing School, Grand Prix Originals USA, and Harman Kardon.

According to Deb Pollack, founder of Drive Toward a Cure, the original program began at the height of the pandemic in 2020 and continued over the past three summers to further enhance the joy of Cars and Camaraderie™ while creating a community of enthusiasts to do some good. “What began as a way to get people out of isolation has turned into an interactive experience that encourages individual and group participation to raise some serious funds for Parkinson’s” said Pollack.

Over the past three years, the summer program has become an event that individuals look forward to all year, with this summer’s ongoing prize giveaways reaching a total value of more than $15,000.  Random weekly prize winners received rewards ranging from $100 gift cards from sponsor Pennzoil to various automotive-related gear including ‘Steve McQueen casual driving shoes’ from Hunziker Automotive Design, high-end apparel from NY-based Duncan Quinn, JBL Bluetooth and audio equipment and event tickets to programs like Portland’s Taste of Motorsports.  Additionally, Mothers® Polish provided an extra fundraising incentive by delivering each entrant $200 worth of detail products after raising their first $100 in donations for Parkinson’s – a wonderful win-win for all.

A total of three grand prize winners for 2022 were identified based on the total of miles driven AND dollars raised, in any combination – achieved through driving and individual fundraising pages.  Additionally, two special prizes were provided in recognition of the most successful fundraiser combined with social media outreach.  The five winners resided throughout the country, including California, Michigan, Ohio, and Illinois.

2022 DRIVE TOWARD A CURE 75 DAYS OF SUMMER GRAND PRIZE WINNERS:

Sponsors for 75 Days of Summer: