No-Reserve Experience On Bring a Trailer 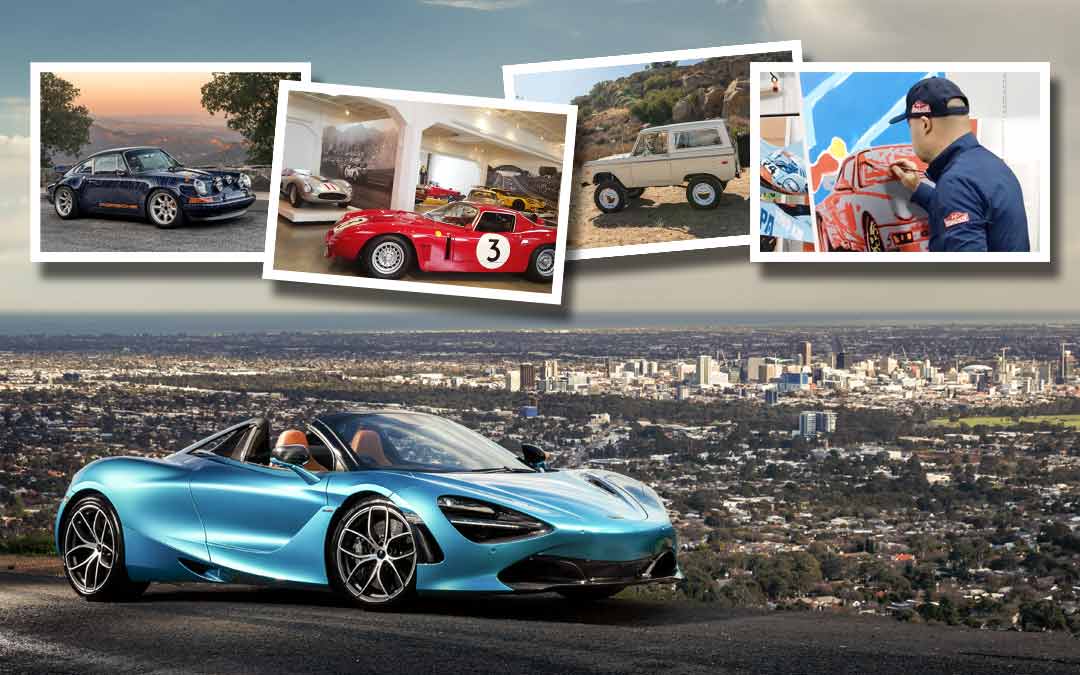 LOS ANGELES, CA – January 10, 2023 – The new year seems like the perfect time to align dreams with reality – and non-profit foundation Drive Toward a Cure is bringing an off-the-charts opportunity to one lucky winning bidder through Bring a Trailer’s on-line auction platform beginning January 12, 2023, continuing for seven days.  The unique nearly priceless package includes private tours of four renowned automotive-related facilities in the Los Angeles area, along with 3-days behind-the-wheel of a McLaren 720S Spider, and a few extra goodies along the way.  Partners for this ‘no-reserve’ charity auction are providing access for up to four guests at Bruce Meyer’s private collection in Beverly Hills, ICON’s 4×4 facility, Hunziker Automotive Fine Art Studio and Singer Vehicle Design’s new enlarged facility in Torrance, Calif.  None of the four tour facilities are available for public ‘walk-ins’. 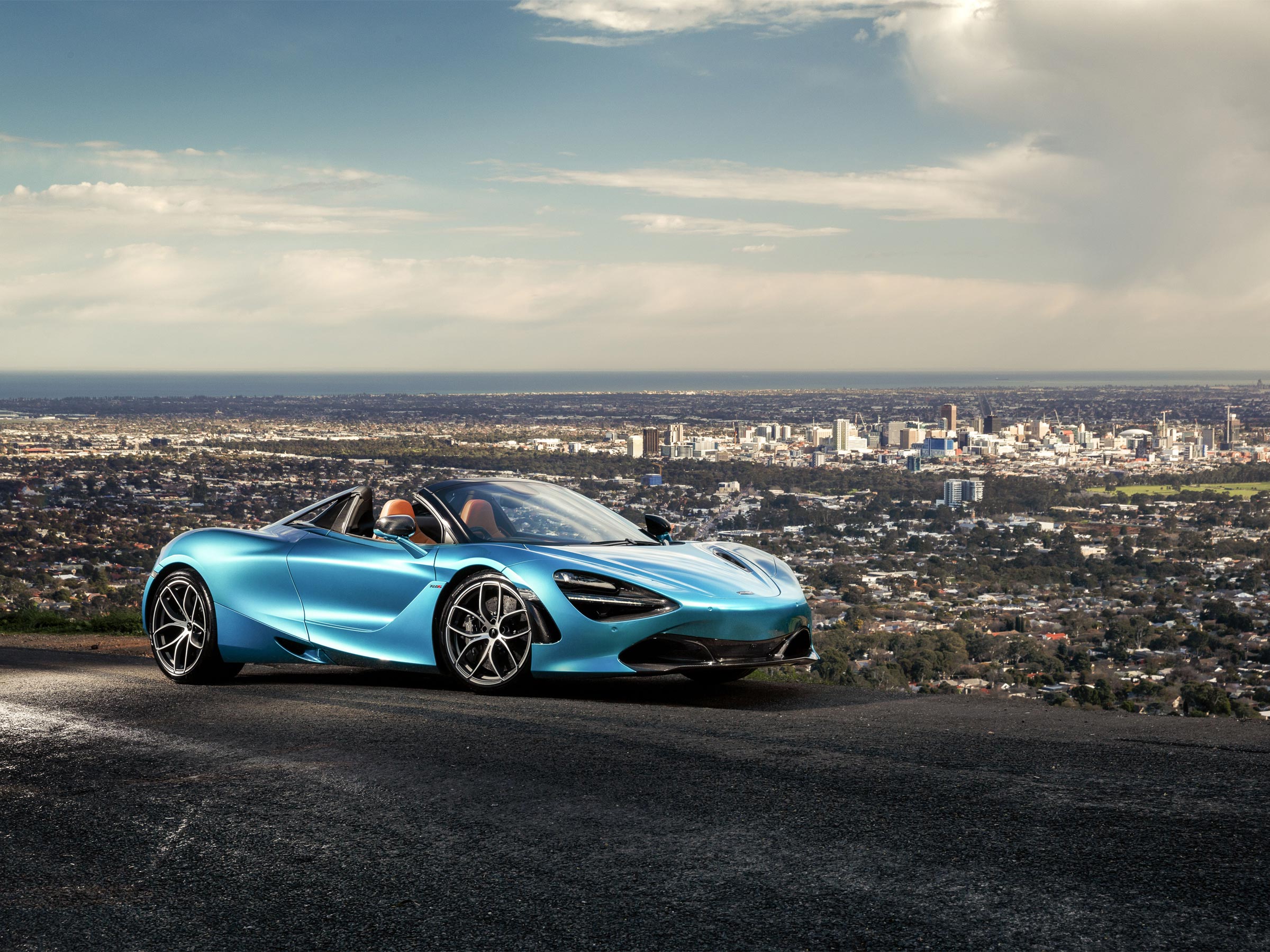 Bidding will start January 12th on Bring a Trailer – Drive Toward a Cure charity experience includes 3-days in a McLaren 720S Spider – along with private tours of Singer, ICON, Hunziker and Bruce Meyer’s Private Collection – all to benefit Parkinson’s Disease. 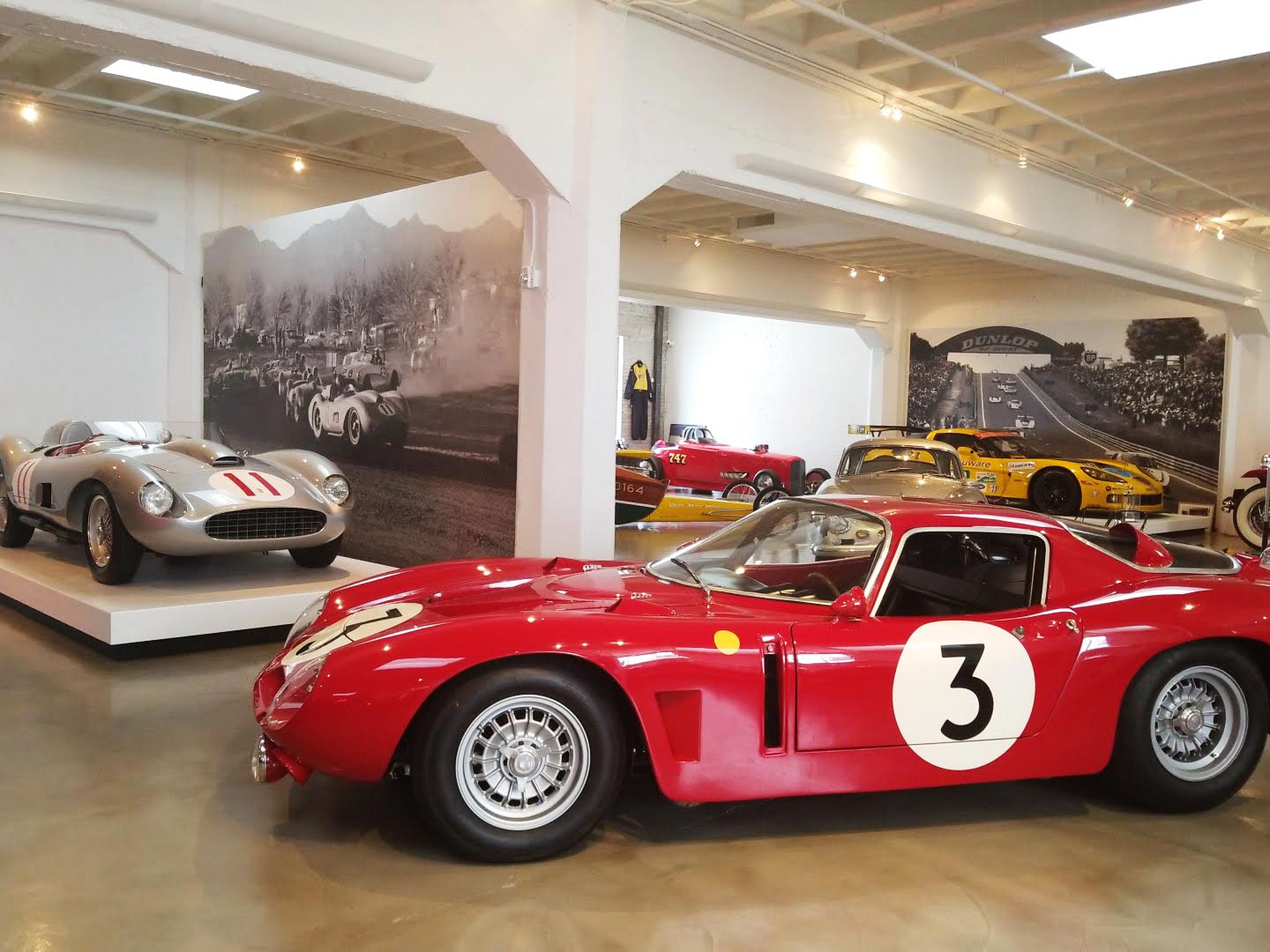 Bid on your chance to enjoy four incredible tours of iconic Southern California automotive homes beginning January 12th on Bring a Trailer – including the private collection of Bruce Meyer in Beverly Hills – package includes a 3-day experience in a McLaren 720S Spider – to benefit non-profit Drive Toward a Cure’s ‘Special Assistance Fund’ for Parkinson’s. 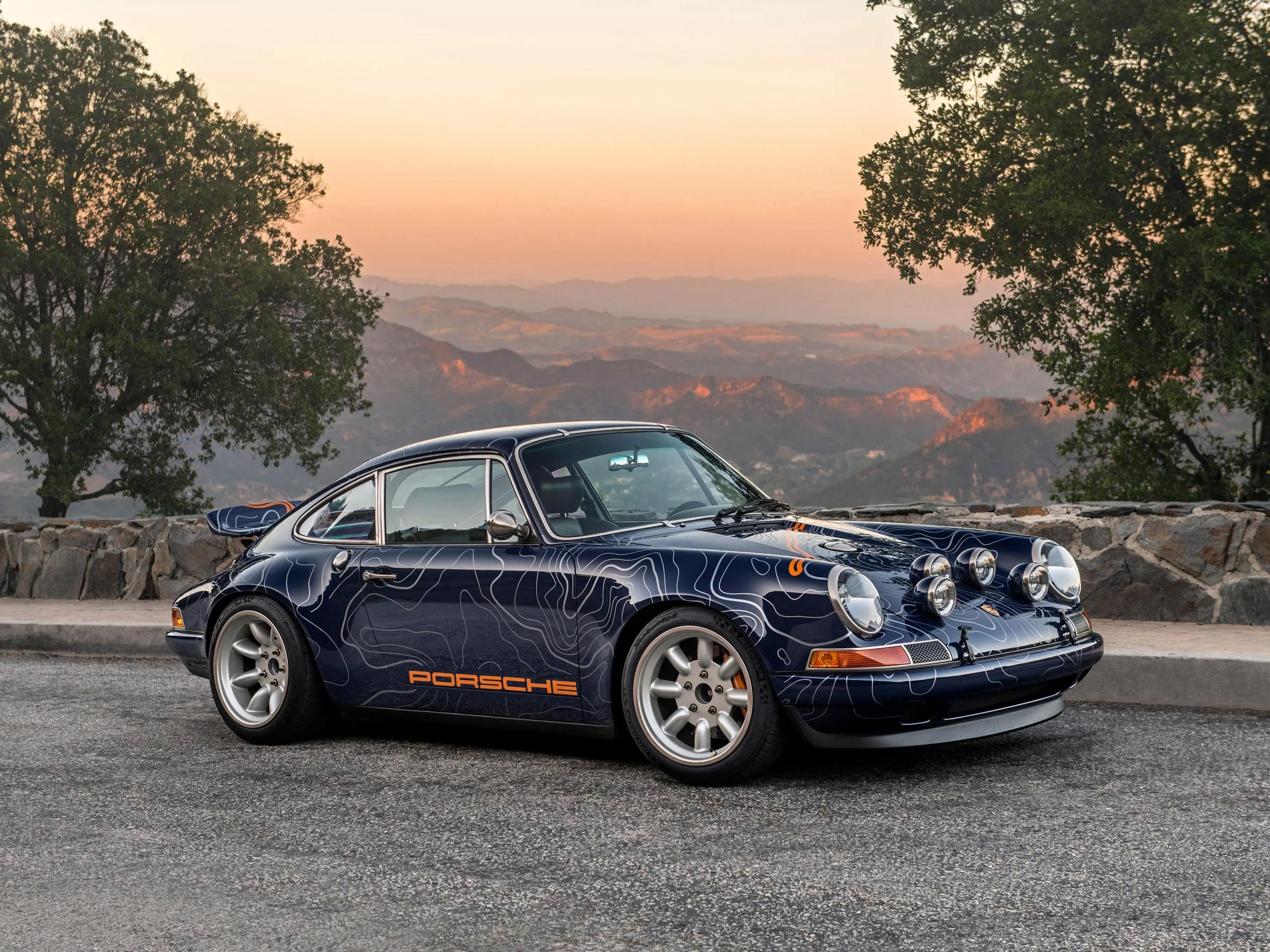 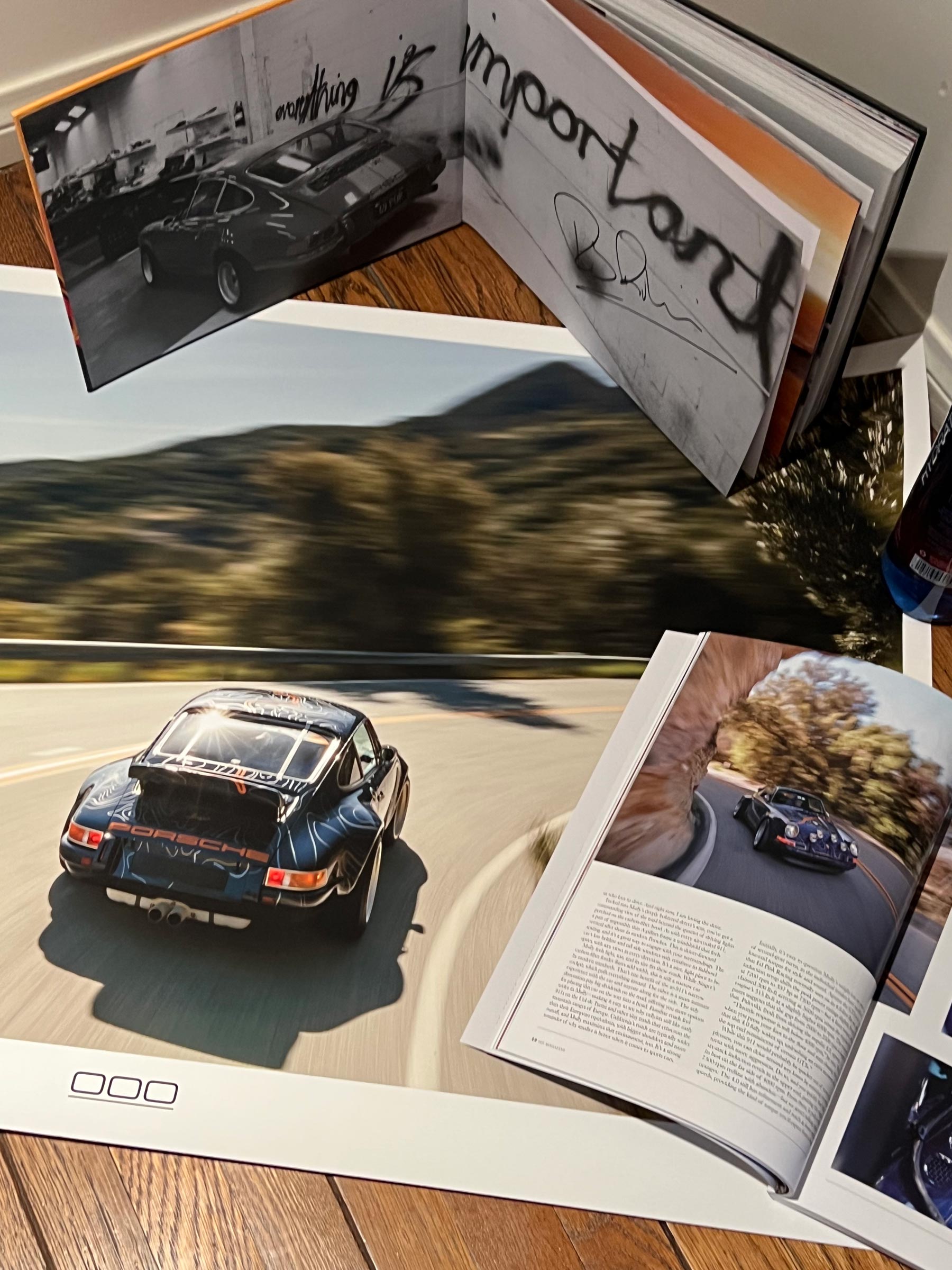 Ever wonder what’s behind the door at luxury brand Singer’s new Torrance facility? – Winning bidder in the Bring a Trailer/Drive Toward a Cure charity no-reserve auction experience will tour the shop (as well as three other renowned facilities in LA) and also receive three special Singer limited edition items, including a 1-of-1 giclee print of Singer’s Mulholland commission, signed by photographer Larry Chen.

ICON is one of four internationally renowned facilities partnering with Drive Toward a Cure on the Bring a Trailer charity auction – winning bidder will visit four private collections/facilities and drive a McLaren 720S Spider for three days in Los Angeles. 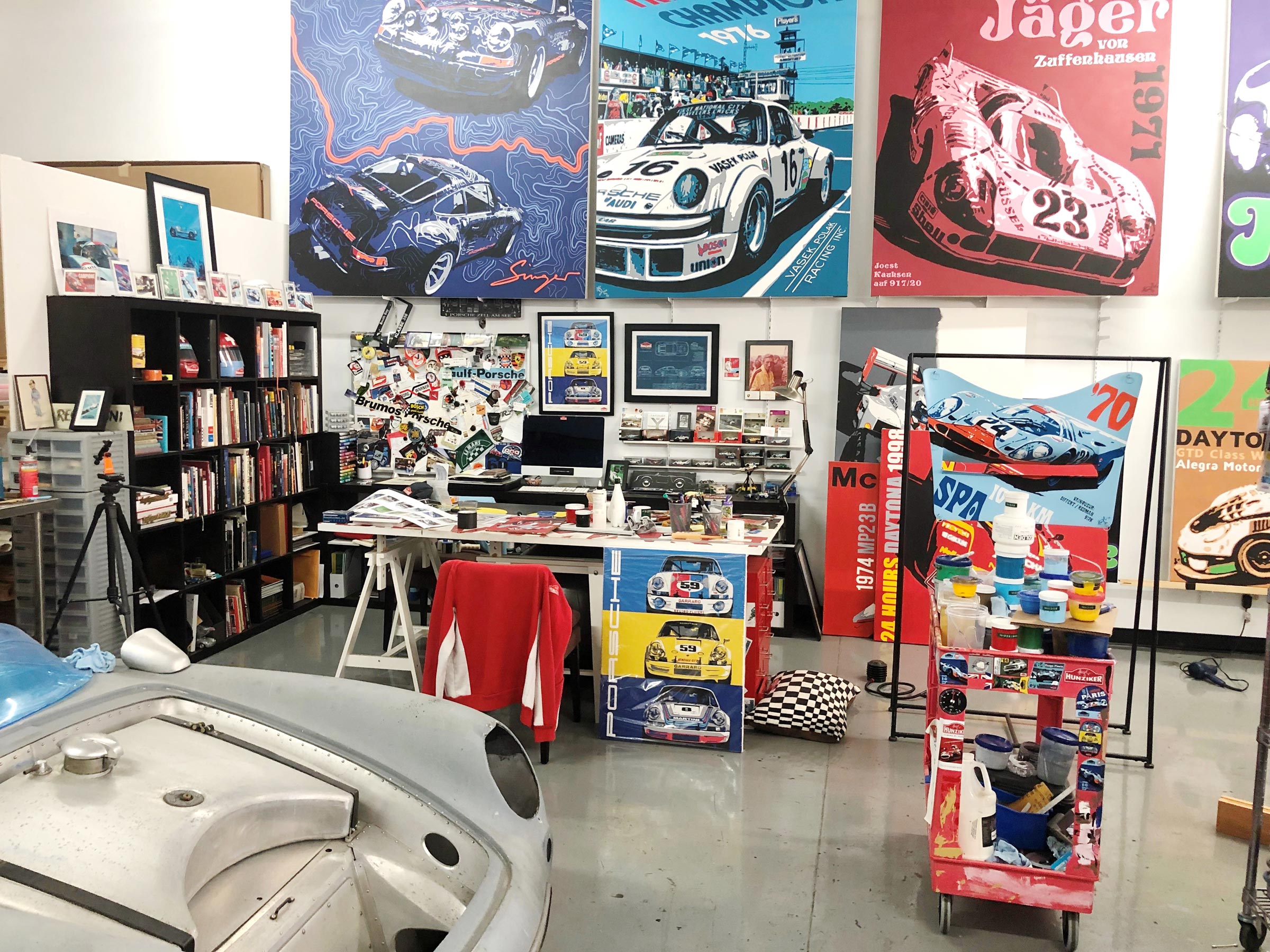 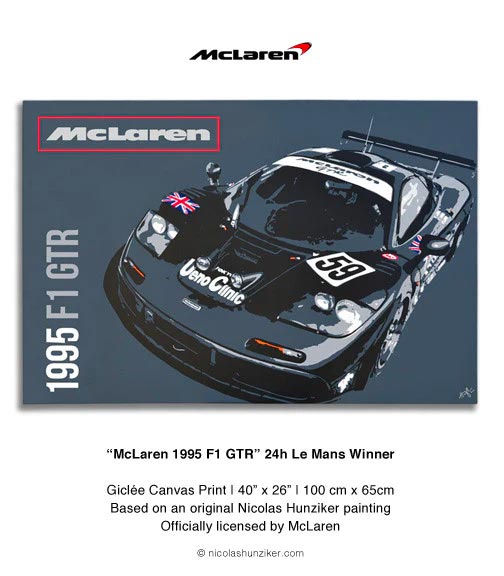 Beyond four private tours and a 3-day drive in a McLaren 720S Spider, the winning bidder of the Drive Toward a Cure charity auction on Bring a Trailer will receive this 40×26 giclee print, a reproduction of Hunziker’s painting of the Le Mans-winning 1995 McLaren F1 GTR, as well as a pair of McQueen-branded Casual Driving Shoes. Watch for the January 12th auction to begin on Bring a Trailer and check www.drivetowardacure.org for updates. No-reserve auction to benefit the ‘Special Assistance Fund’ for Drive Toward a Cure supporting Parkinson’s Disease.

According to Deb Pollack, founder of Drive Toward a Cure, Southern California is a mecca for car culture and craftsmanship and the collective group of partners involved exceeds every expectation for a true car enthusiast.  “So excited to offer an auction package that furthers our own mantra of Cars and Camaraderie™,” said Pollack.  “We’ve fortunately grown our relationships within the best community there is – automotive – and between scenic driving events and virtual programs, as well as car club involvement nationwide, we’ve created a family of support for those challenged by Parkinson’s.”

This past year thanks to donors, volunteers and individuals helping to spread awareness for the cause, Drive Toward a Cure surpassed $1 million raised since its beginnings in 2016 and the automotive community supported every effort.  “While each regional event in which we partake has provided significant donations to local area Parkinson Foundation Centers of Excellence, we’re excited that this particular effort with Bring a Trailer will help us seed our own ‘Special Assistance Fund’,” noted Pollack.  The fund was created by Drive Toward a Cure several years back to offer financial assistance to Parkinson’s patients that need extra support following natural disasters including fires, tornadoes, hurricanes, and earthquakes, as well as individual extenuating circumstances.

The founding chairman of the Petersen Automotive Museum, Bruce Meyer is known for his extensive and active participation in the automotive hobby and for championing the hot rod tradition. Meyer’s personal garage hosts a 1961 Ferrari 250 GT SWB and a 1965 Iso Bizarrini AC/3 that both scored class Le Mans victories, as well as the first production Shelby Cobra, a 1935 Bugatti Type 57, and a diverse range of other vehicles including hot rods, motorcycles, and a Miller-powered wood hydroplane.

ICON was founded by Jonathan and Jamie Ward in the late 2000s as an outfit to provide customized versions of the Toyota Land Cruiser FJ40. These initial models were soon joined by Ford Bronco-based offerings as well as builds stemming from other classic 4x4s, cars, and trucks combining period and modern design with updated powertrains and running gear.

Nicolas Hunziker began painting professionally in the mid-2000s and is known for high-contrast acrylic paintings of racing icons that incorporate period-style typography. Along with a tour of Hunziker’s studio, the winning bidder will receive a 40×26” giclee print that reproduces Hunziker’s painting of the Le Mans-winning 1995 McLaren F1 GTR as well as a pair of McQueen-branded Casual Driving Shoes by Hunziker.

Singer is a California-based luxury brand renowned for its collaboration with owners of the air-cooled Type 964 Porsche 911 to reimagine bespoke restorations with a focus on exquisite execution. In addition to a tour of Singer’s workshop, the auction winner will receive an autographed copy of One More Than 10: Singer and the Porsche 911, a copy of 000 Magazine featuring Singer’s Mulholland Commission, and a one-of-one giclee print of the Mulholland Commission signed by photographer Larry Chen.

A McLaren 720S Spider will be delivered to the winning bidder in their choice of Los Angeles County or Orange County and will come with a full fuel tank for use over a period of three consecutive days with a combined limit of 250 miles. Two McLaren LEGO sets are also included in the package.

Use of the McLaren driving experience is contingent upon the winner being at least 21 years of age and possessing a valid driver’s license with no history of DUI charges. The package does not include transportation to or from the Los Angeles area, lodging, or meals, nor does it guarantee encounters with Bruce Meyer, Nicolas Hunziker, or any other individual. The tours and driving experience must be scheduled on weekdays only and must be redeemed by June 23, 2023.

About Bring a Trailer

Bring a Trailer (BaT) is a digital auction platform and enthusiast community that was founded in 2007 to connect buyers and sellers of classic, collector and enthusiast vehicles. BaT curates vehicles submitted by sellers and helps them craft transparent auction listings that present the vehicles as they are—without superlatives or dubious used-car-lot language. Each listing is vetted by BaT’s knowledgeable community of more than 930,000 registered users so potential buyers can bid with confidence.