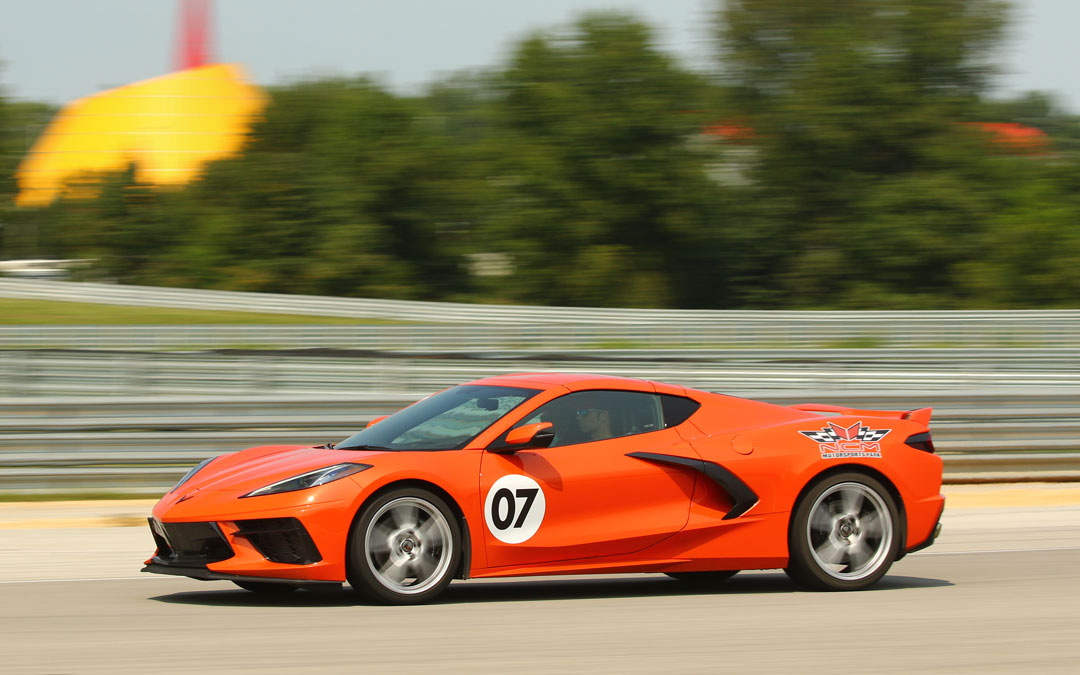 LOS ANGELES, CA – March 17, 2021 – Drive Toward a Cure marks the beginning of April’s annual Parkinson’s Awareness Month with a return to NCM Motorsports Park in Bowling Green, KY on Friday, April 2nd, 2021, for the third time in four years, providing a day of ‘open touring laps’ while raising funds for Parkinson’s Disease.  All donations, raised via Drive Toward a Cure, will benefit the Vanderbilt Health Movement Disorders Clinic, a local Parkinson Center of Excellence in Nashville, TN.

Join NCM Motorsports Park on April 2nd and take some laps for Parkinson’s through non-profit Drive Toward A Cure. All cars are welcome with a special opportunity to also sign up to drive a Corvette C8 on track. Registration is open at www.drivetowardacure.org . (Photo courtesy of ABI Photo.)

Champion racer and philanthropist Andy Pilgrim will lead a ‘lunch and learn’ session during NCM’s Drive Toward a Cure Day on April 2nd, offering unlimited open touring laps all day. Registration is open at www.drivetowardacure.org and proceeds benefit the Vanderbilt Health Movement Disorders Clinic for Parkinson’s, via non-profit Drive Toward a Cure. 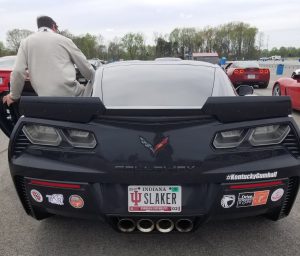 April 2nd, NCM Motorsports Park will host its annual open touring laps day, supporting Drive Toward a Cure and parkinson’s disease. All proceeds will benefit the Vanderbilt Health Movement Disorders Clinic for Parkinson’s, via non-profit Drive Toward a Cure. 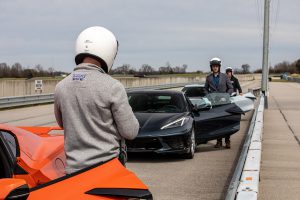 All cars are welcome at NCM Motorsports Park’s ‘Drive Toward a Cure Day’ on April 2nd, supporting parkinson’s disease. All proceeds will benefit the Vanderbilt Health Movement Disorders Clinic for Parkinson’s, via non-profit Drive Toward a Cure.

According to Matt Busby, head of track operations for NCM Motorsports Park, involvement with Drive Toward a Cure has been a perfect synergy. “We’re all about getting folks to come out and drive – and especially in a meaningful way,” said Busby. “Our event continues to grow every year and because we paused in 2020, this year’s event is anticipated to be larger than ever.”

The annual day allows enthusiasts the ability to enjoy a full day of unlimited touring lap experiences within their own vehicle on track. All marques, and convertibles, are welcome and there is no helmet required. Participants drive their own car in a lead-follow format for over 4 laps at a time on the 3.2-mile road course above highway speeds. The pace of lead cars will be matched to the cars and drivers in the group to ensure for spirited driving sessions. A group maximum of 5 cars per touring group guarantees a safe, yet exciting environment, allowing for passenger rides as well.

For a $125 registration fee, participants gain a full day of open touring lap sessions, and a ‘lunch and learn’ session with famed racer and philanthropist Andy Pilgrim. Former 24 Hours of Daytona teammate of Dale Earnhardt Jr. and Dale Earnhardt Sr., Pilgrim additionally has four seasons under his belt driving for the Corvette factory team in Le Mans 24 Hours, while also driving for numerous marques including Cadillac, Pontiac, BMW and Porsche. Throughout his racing career, Pilgrim has won 5 Championships and 69 professional races.

During NCM’s Drive Toward a Cure track day, ten (10) participants can also sign up for a limited number of Corvette C8 experiences on track, which include 4 laps at $350. To register and receive a partial tax receipt for all activities, go to: www.drivetowardacure.org/drive-toward-a-cure-track-day-2021.